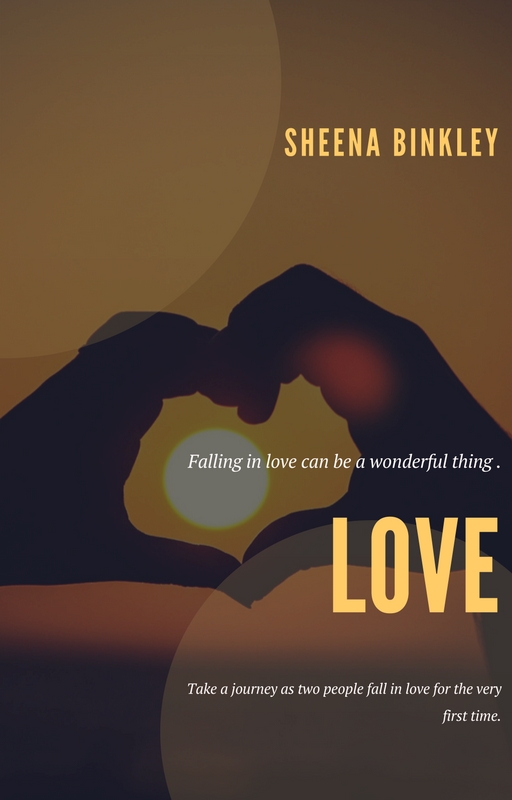 Sophia walked back to Victoria’s Secret in a daze. She couldn’t believe what just happened.

I can’t believe I’d done that. I could have been with Patrick right now if it wasn’t for my stupid pride.

She stood by the front window and waited patiently for Layla to come back.

Why couldn’t things between us be so simple? I love you so much, Patrick. I just hope you know that.

Patrick walked into Foot Locker still in shock over what happened between him and Sophia. One minute, they were on the verge of getting back together, and the next, they’re over for real.

While he was looking at some shoes, he suddenly looked up to see Natalie and Cassandra walking in. He quickly turned the other way so they couldn’t see him.

I can’t let them see me.

He went behind a rack of hats and pretended to glance over them. He looked in their direction as they had his back to him, looking over some sneakers.

Natalie’s the reason why Sophia and I broke up.

Patrick walked into the student center and sat by the window. He started to take out his books from his backpack when Natalie walked by. She gave him a flirtatious smile which made him a bit uncomfortable.

“Nothing. Do you mind if I sit down?”

She sat beside Patrick and smiled. “So, how’s everything going?”

“Everything’s fine. I would talk, Natalie, but I have a test to study for. If you have anything to say, go ahead and say it.”

Natalie cleared her throat before speaking. “Okay. I just wanted to say that it’s great that you and Sophia are together. Since she has been with you, she has been a completely different person. She’s happier and carefree. I even seen her glowing ever now and then. Whatever you’re doing, keep doing it.”

“Of course. That’s what friends are for.” She replied while giving a fake smile.

She stared at Patrick while placing a hand on his arm. She slowly began massaging it, causing him to move away.

“What are you doing, Natalie?”

“Can I ask you a question? Why didn’t we give our relationship a chance?”

Patrick gave a weak laugh. He didn’t know what to say to that. “What do you mean? We were never together.”

“Let me stop you right there. In fact, I’m going to leave.”

“Why? Are you afraid to admit something, Patrick?” Natalie asked. She caressed her leg against Patrick’s, while giving him a sexy smile. Patrick grabbed her leg and quickly moved it from him.

“Stop it! What is your problem?! You just said you’re happy for Sophia and now you want me for yourself? What type of friend are you?”

“If it wasn’t for me, you two wouldn’t be together; you should be thanking me instead of jumping down my throat. Besides, I wanted you ever since I laid eyes on you at work, so seeing you two together kind of makes me a little jealous.”

“Is that so? Then why in the hell did you fix me with Sophia if you had feelings for me?”

Natalie leaned back in her chair and smirked.

“Yes, you did introduce us, which I will always be grateful for, but you didn’t put us together. We developed a relationship together all on our own, so get off your damn pedestal because I’m not giving you any praise. For that, stay the hell away from me.”

He got up, but Natalie grabbed his hand. “You want me; I can see it in your eyes. You probably want to take me on this table right now.”

Patrick laughed and jerked his hand away. “Get over yourself, Natalie.”

He walked away from her and went towards the exit. Natalie turned around and smiled.

Patrick looked back over at Natalie and Cassandra. They were moving towards the sandals wall.

He continued to stare at the hats one more time, waiting for the two to leave.

“What did you want to do tonight?” Patrick asked Sophia. The two walked into Sophia’s apartment after an afternoon of classes. Patrick sat down on the couch while Sophia went into the kitchen.

“I don’t know. I guess we could go to the movies.”

“I heard there’s a good movie coming out this week. What time did you want to go?”

Sophia walked to Patrick with two cans of sodas.

“It could be a late movie. Layla is staying at her mom’s tonight to help with her sister’s baby, so I have the entire place to myself.”

Patrick smiled. “Are you asking me to spend the night?”

“If you want. But if you do, don’t count on getting any sleep.”

Patrick pulled Sophia to him and touched her cheek. “I’ll hold you to that.”

Sophia smiled and kissed him. They continued kissing when the doorbell rang.

“I wonder who that is,” Sophia said while getting up.

She went to the door and opened it. Natalie was standing on the other end with a huge grin.

“Hey, girl. I just came by to see how you were since I haven’t seen you in awhile.”

“As you can see, I’m doing fine. Patrick and I was about to head out, so you can come back by tomorrow.”

Natalie walked in and looked at Sophia. “It looks to me that you two weren’t leaving just yet, so I can stay for few minutes.”

Before Sophia could say anything else, Natalie barged past Sophia and went into the living room.

Sophia gave Natalie a heated look before closing the door.

“What are your plans for tonight?” she asked while sitting down.

“Why are you here, Natalie?” Patrick asked angrily.

“Hello to you too, Patrick. It’s nice to see you. And I wasn’t talking to you.”

Patrick rolled his eyes and picked up the television remote.

Sophia looked at the two strangely before sitting down beside Patrick. “We were going to the movies. Listen, why don’t I call you tomorrow and we can all do something. Right now, we have somewhere we need to be.” Sophia said while getting up.

Sophia went to the door and opened it. Before leaving, Natalie glanced at Sophia. “I forgot; Cassandra told me to ask you about a movie or cd that you borrowed from her. She wants it back.”

“Yes, she does.” Natalie sarcastically replied.

“I’ll go look for it. I’ll be right back.” Sophia said She walked over to Patrick and hit him on his shoulder.

“What was that for?” he asked.

“Why are you acting like that? Be nice.” Sophia whispered.

Patrick gave Sophia a smirk and continued watching TV. Natalie walked over to the couch and sat down besides Patrick.

“What are you trying to pull, Natalie?” Patrick asked.

“Nothing. Why are you acting like this, Patrick? Are you afraid to be around me, because you don’t know what could happen between us?”

Patrick started to laugh. “Please, girl. Even if I wasn’t with Sophia, you wouldn’t be someone I would want; so I suggest you step off.”

Natalie got closer to Patrick and began touching his chest. “You know you want me. I can see it in your eyes.”

“Get the hell away from me.”

“And what are you going to do about it?” Natalie challenged. She reached over and roughly kissed him. Patrick tried to push himself from Natalie, but she held him tighter. He finally managed to pull away from her, just as soon as Sophia came back in the living room.

“What the hell is going on?! Natalie, what are you doing?!”

“It’s not what it looks like.” Patrick said as he moved from the couch.

“I’m not blind, Patrick! You two were kissing!”

Natalie got up and went to Sophia. She tried to touch her hand, but Sophia pulled away.

“Patrick and I have had feelings for each other before you two met. I guess they resurfaced when you two got together.”

“What are you talking about? You two were never together.”

Natalie gave Patrick a sly grin before staring at Sophia. “Patrick didn’t tell what happened between us after work one night?”

“What the hell are you doing, Natalie? We were never together and you know it!” Patrick fumed.

“I guess you denying what happened. I went back to your place and we had sex, Patrick. After you got what you wanted from me, you went for my friend.”

“Because it’s not true! I never slept with Natalie. I told you that. I told you everything about us. We were co-workers; that’s all!”

“We had a few conversations on the phone, but that as far as it went. Natalie was with Thomas and I was with someone at the time, so that’s why we didn’t pursue anything. Baby, you must believe me. Why would I stand here and lie to you?”

Sophia looked at the two and shook her head. “Right now, I don’t know who to believe. All of this time you two have been around me and you both were lying in my face.”

“How do I know! I wasn’t with you at the time.” Sophia said to Patrick. She looked at Natalie as tears were streaming down her cheeks. “And you; how in the hell could you come up in my place and do this to me?”

“I’m sorry, Sophia, but you had to know the truth.”

“Oh please, Natalie! You’re not sorry one bit. You did this on purpose. For all I know you probably wanted Patrick all along. If you did, then why go through the trouble of putting us together?  So you could see me break down when this bombshell came out? Some friend you are.”

“Get out!” Sophia screamed.

Sophia went to the door and opened it. She looked at the two of them while wildly tapping her foot. “Both of you, get out.”

“I’m not leaving. We need to talk.” Patrick said.

“If you don’t leave, I will call the police. Now, get the fuck out!”

Natalie went to the door and looked at Sophia. She was about to say something when Sophia held up her hand. “Don’t say anything to me, bitch.”

“Get out before I knock the shit out of you!”

Natalie scowled at Sophia and headed towards the parking lot. Patrick walked up to Sophia and sighed.

“I’m sorry this had to happen, but I didn’t do anything wrong. Can’t you see she’s lying to break us up? Do you really think I would sleep with her? Even if I did, I would have told you because you two are friends. She’s lying, Sophia…”

Before Patrick could finish, Sophia slammed the door in his face. The tears were steady flowing as she went to the couch to cry.

“I love you, Sophia!” Patrick yelled through the door. He kicked it several times before yelling again.