Hi everyone!! For today’s featured author during the 31 Days, 31 Authors event is Chicki Brown! She is best known for The Stafford series, as well as the novel, You Make Me Feel Brand New. This is truly an honor to have her be a part of this great event.

Contemporary women’s fiction/romance author Chicki Brown has been featured twice in USAToday. She was the 2014 B.R.A.B. (Building Relationships Around Books) Inspirational Fiction Author and also the 2011 SORMAG (Shades of Romance Magazine) Author of the Year. Chicki was also a contributing author to the Gumbo for the Soul: Men of Honor (Special Cancer Awareness Edition).

Her many homes in cyberspace include:

1.  Besides writing, what else do you like to do?

Other than reading and dining, I love visiting new places. They don’t have to be in another state or country.  Any change of scenery gets my motor running. Unfortunately, I don’t get to do it as often as I would like.

2.  What inspired you to become an author?

I’d always been an avid reader, and I wrote when I was in middle school. Life took over, and I didn’t write again until 2000 when I was working a job that was mind-numbingly boring and started writing a story just to have something to keep my mind occupied. It started with my idea of what the male protagonist was like. What began as a short story ended up being a 400-page novel. Thankfully that novel was never published, but writing it showed me that I had what it took to complete an entire book.

3.  What was your first reaction when your debut novel was published?

Relief! I self-published HAVE YOU SEEN HER in 2010, and all of the work was on me. The whole project was really an experiment inspired by author Joe Konrath, one of the first authors to successfully publish on Kindle. It was a trial and error experience for me that turned out to be the best thing I ever did. I’d been writing for ten years and had several novels under my belt, so I was able to publish five of them in the next two years.

4.  Where do you see yourself in the next 5 years?

As a woman of a certain age, I don’t have a career blueprint. All I want to do is keep writing and sharing what I write with readers.

5.  What advice can you give to anyone who wants to become an author?

As a result of my own experience and what I’ve learned from helping aspiring authors, the most important thing a writer can do is learn the craft of writing and learn the publishing industry before releasing anything. Too often I get messages from newbie authors asking questions they should have found the answers to prior to sending their book out into the world.  With all of the information available online, writers can educate themselves for free. All it takes is the desire to learn. Go to Google and ask it for the top writing web sites and study them. Do the same for writing blogs, and sign up to follow them. That way, they’ll get a notification by e-mail whenever there is a new entry. Learning should be constant for authors.

The second is to get several people to read their book. They should be people who have no vested interest in them or their work. That means not your mama, your BFF or your bae! Find an online critique group or join a local writers’ group, if they can find one. It’s imperative to learn how to receive constructive criticism without being touchy and getting offended. Developing a thick skin is necessary before their book hits the shelves, because readers don’t hold back when posting reviews.

The third is to realize their first book probably sucks and not to put their hopes on making any bestseller lists right out of the gate. Continue studying the craft, and start writing the next book right away. 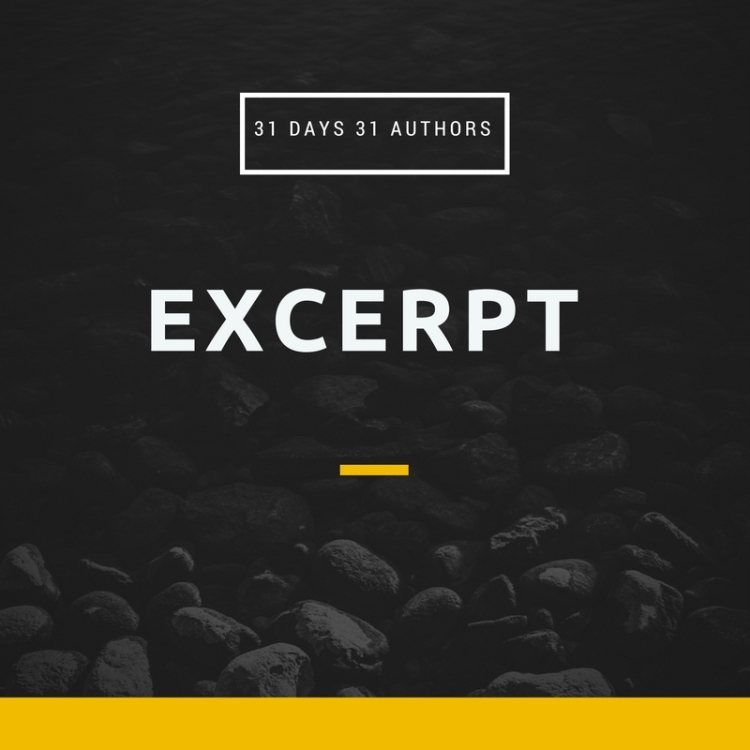 A WOMAN’S WORTH, Book One EXCERPT:

Gianne Marvray tapped her foot against the chair leg as she waited for her doctor to enter the office. His nurse had called to say Dr. Stafford wanted to see her, but not for an exam. That meant one of two things – either the latest treatments had been successful or the cancer had returned. No one could have possibly understood the foreboding churning inside her unless they were in the same situation. Stefanie, her best friend, offered to accompany her today, but Gianne knew this was a visit she needed to do alone. If the news turned out to be bad, she’d need time alone. Gianne knew Stefanie loved her, but whatever platitudes she might offer wouldn’t do her any good. If her oncologist had good news, her parents and Stef  were the first people she’d call.

After radiation therapy, three rounds of chemo, constant nausea and vomiting, losing thirty pounds, all of her hair and all the other accompanying misery, her strength was slowly returning.

Very slowly. Ever since her last checkup three months ago, Gianne was feeling better than she had in the past two years.

Her gaze landed on an old photograph on the credenza behind the desk of a much younger Dr. Stafford and his wife surrounded by a slew of the cutest boys she’d ever seen. They all looked to be between two and sixteen years old. Their features were an interesting mixture of both parents. Gianne had seen two of the sons here in the office. Dr. Jesse and Dr. Charles were both surgeons. The oldest son, Dr. Vic, who had performed her surgery, worked from his office at the hospital where he was Chief of Surgery.

She swallowed the lump in her throat. “Good morning. That’s what I’m here to learn.” She studied his smooth, unlined face, which was still quite handsome considering she estimated him to be in his mid-sixties.

He sat behind his desk, pushed up the glasses on his nose and opened the two-inch-thick file containing her medical history. She smiled inwardly at how he resisted new technology in his office. At the hospital, he adapted to the changes, but he always fussed about carrying the notebook computer containing patient records.

“It’s very good news, Gianne. All of your tests were all negative. There is no evidence of the cancer.”

Relief took the wind out of her, and she sat back heavily in the chair. “Are you sure?”

“I wouldn’t give you this diagnosis if I wasn’t certain. Of course, you will need to be retested every six months. So we won’t need to see each other again until November, except for this Friday night.”

She frowned, still taking in the enormity of his announcement. “What do I need to do Friday night?”

“Join my family and me at a celebration for my son, Victor. He’s been promoted to Chief of Surgery at the hospital. Since he was your surgeon, you already know him. When was the last time you put on a fancy dress and had an evening of fun?”

She shook her head. “To tell you the truth, I really can’t remember.”

“Well, I’d say it’s time, especially since you have something to celebrate. You’ve been my patient for two years now and, to tell you the truth, I see you more than I see a few of my own kids.” Smile lines crinkled around eyes that reminded her of a tropical ocean. Rare for a black man. “I’d love for you to join us. The affair is being held in the ballroom at the Twelve Hotel in Atlantic Station at seven o’clock.”

Before she left the office, he gave her instructions to get enough rest and to keep her regular checkups with her primary-care doctor and gynecologist.

Gianne walked to the parking garage in a daze, a barrage of thoughts swirling around her like a tornado. Had he really said she was in remission? After the worst two years of her life, could she return to life as she’d once known it before uterine cancer changed everything? The awful diagnosis had stolen her health, her strength and her dream of giving birth to her own children. Those days between the diagnosis, ensuing surgery, chemo and radiation had turned into twenty-two interminably long months. But now a brilliant wash of light instantly swept away the dark cloud that had been her constant companion. A growing euphoria carried her to the car, and she found herself grinning as she put her key into the ignition.

Rather than going home as she’d planned, she called her best friend at work. “Stef, can you talk?”

“Are you done with the appointment? Why did he call you? Are you all right?” she rambled on sounding anxious.

“It was good news. There’s no evidence of any cancer. I’m in remission!”

“Oh, my God,” Stefanie said in her hushed work voice. “That’s wonderful. We have to go somewhere and celebrate.”

“Well, that’s what Dr. Stafford said. He invited me to a dinner his family is having Friday night at the Twelve Hotel in Atlantic Station. It seemed a little strange, considering I only know him and his son professionally, but how could I refuse?”

“That was really sweet of him. I’ve heard the Twelve is a beautiful hotel. You might have a nice time. There’s no telling who’ll be there. You might meet one of his fine sons.”

“Oh, please! I’m not interested in meeting anyone, Stef. It’s taken me this long to get over Bruce.”

“And games are what I don’t want any part of. When the game got too scary, Bruce forfeited and left me without a second thought. I don’t want to think about him. I’m on my way to the mall to find a dress.”

If she planned to attend this bash, a new dress was an absolute necessity. The two evening dresses she owned fit her now like a lawn and leaf bag. Gianne drove to the nearest mall. For the next few hours, she combed the racks of several stores and left the mall with three possible keepers. She cringed at the idea of trying on her finds in the store dressing rooms. The unflattering, glaring lights made her ashen skin look even more so. Her weight had dropped nearly three dress sizes. The extra fifteen pounds she’d once carried had disappeared. The aftereffects of chemo had disposed of the junk in her trunk and had given way to a woman with no curves, protruding hip bones and conspicuous shoulder blades. To top it off, the treatments had robbed her of the shoulder length hair she used to take pride in keeping perfectly styled. After months of wearing scarves, hats and wigs, it had finally begun to grow back. Now a difficult-to-style, one-inch growth covered her head, and her natural black color was too stark against her pallid complexion. She stared at the reflection in the full-length mirror, which hung behind her bedroom door. A smile lifted the corners of her mouth. If she was going to make her public remission debut, she might as well go all the way and do it in style. 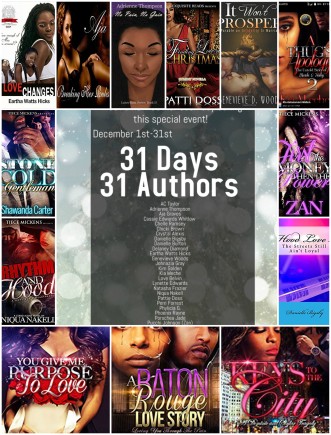 Win Chicki’s  A Woman’s Worth, as well as other books from each featured author through the 31 Days, 31 Authors giveaway! To enter, please click on the link below: