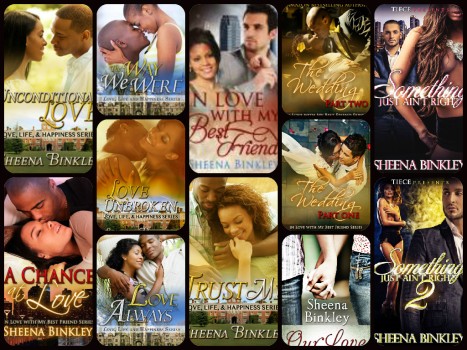 I wasn’t going to do this, but I decided to share one last unedited excerpt before Reclaiming What Is Mine is released. This is one of the many sexy scenes between Asia and Bryon, which I love so much! Also, I should be receiving the cover soon. Once I do, I will be revealing it to you all.

But in the mean time, check out the excerpt and tell me what you think. 🙂

Before heading to our destination, Bryon needed to stop by his place to change. I really didn’t want to, but I figured it was for a quick minute.

I already knew he was rolling in dough from the car he was driving, which was a Lexus RC F, but I definitely knew he was when we approached the outside of his condo.

Once we walked inside, I immediately became in awe over the beautiful earth tones on the walls, exquisite paintings hanging throughout the huge square footage, and comfortable furniture in the living room and even the bedrooms. He was a man of great taste.

I looked over to the kitchen and saw him sitting on the barstool staring at me.

“I can see you took a liking to my place.”

“Did you design everything yourself?”

“Yeah, but I did have a little help from my mom.”

“I can see there was a woman’s touch with some of the colors. Regardless, it’s beautiful.”

“I’m about to change, but make yourself comfortable. There’s food and drinks in the fridge and you can watch anything on the TV.”

He smiled again and went to his bedroom. I went to the couch and took the remote off the ottoman to turn on the TV. I began flipping the channels and stopped on MTV to watch The Fresh Prince of Bel-Air. I turned to grab my phone when my eyes stopped at Bryon’s room. His door was partly opened as he was taking off his dress shirt. I saw the tattoo of a dragon on his back as he turned. I started to breath heavily at well his chest looked. That running definitely paid off as his body was well defined and beautiful. My eyes lowered to his pants which he was taking off. I bit my lip, as that spark in me came back between my legs. I was acting like a damn perv staring at him getting dressed, but I couldn’t take my eyes off of him. He was sexy, which was giving me all types of sexual feelings that I haven’t had in months.

He was putting on a pair of shorts when he finally looked up and our eyes locked. He gave the most alluring smile that had my pussy going wild. Damn, I needed to find a way to release myself.

I quickly looked away and crossed my legs together. I heard footsteps as he returned into the living room.

My face became flushed as he smiled. “You did that on purpose?”

“Not like I was trying to, but I figured you were going to sneak a peek. Hell, I definitely would had if the situation was reversed.”

I couldn’t speak when he walked over to me.

“You are so damn cute. Let me rephrase that, you are fucking sexy, especially when you look so innocent.”

My heart began to skip as his eyes went to my body. He touched a strand of hair that was near my cheek before lingering to my shoulder.

“I don’t know if I should be saying this to you, but I was thinking about you last night. How beautiful you looked when I first saw you.”

“Why when you just met me?”

“You’re the type of woman that no man shouldn’t ever forget about.”

His hand went to my thighs while his breath was on my neck. My body shuddered from how close he was to me. He leaned over and his lips were tickling my skin.

“We better go.” He whispered, which made me disappointed.

He stared into my eyes again before getting up and going to the counter to get his keys. I continued to sit as I felt too weak to move. I took several deep breaths and slowly stood up. My panties were soak from my own wetness from his touch. I couldn’t believe I was acting this way. That I was attracted to another man that wasn’t my husband.

I believed if Bryon wanted me right then and there, I would had let him. That was the part that scared me the most.