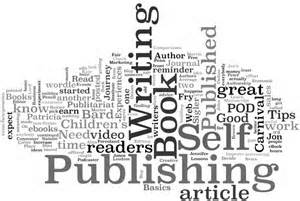 Hi everyone! I wanted to talk about this subject for a while now, but didn’t because I didn’t want to offend anyone, but I feel as if now is the best time to discuss it, so here we go!

Growing up, you all probably have heard the saying “Don’t judge a book by its cover” a time or two. You probably still hear it now in your adult years or even telling that to your own kids. Even though people say it, unfortunately, a lot of people still does. This saying also rings true in the literature world where readers take a look at a cover that may be unappealing or “offensive” and automatically dislike the story. That has recently happened to me with my latest books.

During this time last year, I was riding high with the releases of The Wedding Part 1 & 2 and Unconditional Love, but recently, my latest books has not had as much of an impact. When I discussed this with several people, they all mentioned it was due to the fact that I signed with a publisher. Many have wondered why did I sign with one since I was doing so well independently (that point I will get to later). For me, I thought things would stay the same when I made the change; I thought my readers would support me and potentially be interested in reading other books in the genre that my publisher is known for.

Boy, was I wrong.

Case in point, I’ll bring up the Something Just Ain’t Right series. To some, this was probably the least favorite series, but for me, I was proud of it. I left my comfort zone from writing just “romance” novels and turned into something that shocked a lot of readers. I pushed the envelope with this series, which was not only challenging, but a little nerve-whacking, because I didn’t know what readers would had thought of it. Not only that, but this was my first series with a publisher, which many probably thought didn’t fit my image as a romance author. I have heard from plenty of people about it, but it was okay, because throughout my time in this industry, I have heard a lot of things that could had discouraged me from continuing.

I remembered talking to a reader via Facebook regarding the first book in the SJAR series. She said she wasn’t even going to read it because she thought the cover was “offensive,” but she took a chance and she enjoyed the story. That is a classic example of judging a book by its cover, because she would not had known how good the story was if she didn’t look beyond the cover and actually read the story.

Yes, I’m with an urban publisher. Yes, I may have lost some readers when I published SJAR, but it’s okay. I knew what I would face when I signed and I knew the backlash that would occur, but at the time, I made the decision that I felt was right for me. Did it help; maybe it did, maybe it didn’t, but I learned a lot so far in this genre that will help me a long way in this industry.

As for supporters, I didn’t really receive any when I signed. I received a little beforehand, but that all changed when that series was published. Networking and making connections are extremely important in this industry because they will help you connect with their audience and visa versa. For me, that’s pretty much not the case. It could be because it was an urban series, or it could be because no one likes my stories; regardless, it kind of hurt that I wouldn’t receive the same recognition that others would receive. It shouldn’t bother me, but I am overly sensitive, which I shouldn’t be in this industry (but I’m learning not to be). But on the other hand, my own family and friends doesn’t really support me, so I shouldn’t expect anything more or less from it. I’m the type of person that will support you regardless; therefore, I will continue to do my part even if I don’t receive it in return.

There are a couple of people that will do what they can to support and those I’m really grateful for, particularly with my publishing family. They will go the extra mile for you and that I truly appreciate. We’re all supportive of each other and that’s one of the reasons why I’m glad to be a part of this publisher.

Now, two books from the No Other Love series have been released and I’m wondering will they have the same reception as SJAR. So far it has been positive, especially since this is the spin-off to the Love, Life, & Happiness series. Hopefully everyone enjoy the stories as much as I enjoyed writing them, because they were a lot of fun.

As for my journey, I’m still learning and growing as an author and as a person. There will be a lot of naysayers and nonsupportive people. There will even be some that were supposedly supportive, but turned their backs as soon as a problem arise. Regardless of everything, that’s not going to stop me from pushing forward. Even if I don’t get the recognition or praise like others do, I know in my heart that I am a great author and that is given by the wonderful readers that I do have. It makes me smile when readers message me or post on my timeline on Facebook about how much they enjoyed a story or when I read a review (yes, I do read reviews). You, along with my love for writing, is what motivating me to push forward. So thank you for those who have stuck with me through this journey. I really appreciate it and I will continue to publish great stories for you all for as long as I can. 🙂