Hi everyone!! I’m pretty anxious to share with you all No Other Love, which is the spin-off to Love, Life, & Happiness. The book is done with the editor, but is waiting on the cover so the book can be released. Part 2 is also now with the editor, so will be released possibly once part 1 is available.

As mentioned in a previous post, the series will take place after Redemption, so it will be around 2017 to 2018.

To get you ready for part 1, here are a couple of spoilers so you all can figure out what is going on with Kevin, Jennifer, and Carla:

1. Kevin and Jennifer’s Marriage: In Love Always, everyone established that Kevin and Jen’s marriage was falling apart. The two cannot agree on anything and it’s affecting their relationship with their son, Thomas. Will the two be able to work out their problems before it’s too late?

2. Carla: Carla is introduced in Love Always as Riana’s classmate, but is later to be known as Kevin’s friend from college. When he sees her daughter, Cristina, at Riana and Shawn’s vow renewal, he gets the sense that Carla has not been honest with him. Are his suspicions right or should he let the past be in the past?

3. The Crew is Back: I love these group of characters! Everyone is back, except for two- Monica and Donnell. There is a reason for that, since Jayden and Zack will be getting their own series and the two will be heavily involved in their story. But they will be mentioned in part 1.

4. Jennifer: Although Jennifer was talked about in the LLH series, she never really interacted with anyone. There’s a reason for that. There’s so much going on with this character that at the end of this book, you will be wondering why Kevin even married her.

5. New Characters: Many new characters will be introduced, from Jen’s family, to her co-workers, Chad and Shanice, and Carla’s cousin, Mika. Carla’s ex, Calvin, is also introduced, which has a lot of interaction with Kevin and Jennifer.

6. Secrets and Lies: This series will still have the same feel as the LLH series, but with a bit of a twist. There will be a lot of OMG moments, from Jennifer and Marcus, to even Kevin and Carla. You will be on the edge of your seats to what is in store with these characters, especially with the ending.

There you have it. These spoilers should have you guessing to what might happen in part 1. Once the cover is created, then a release date will be announced. I will keep everyone posted once I know more info.

Until then, here is a little teaser to tie you over: 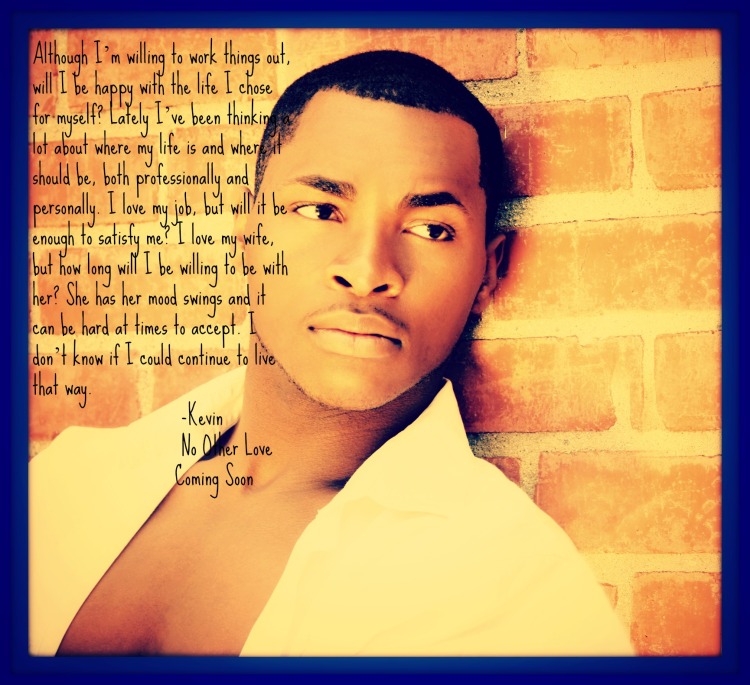